Why You Should be Proud to be an Indonesian 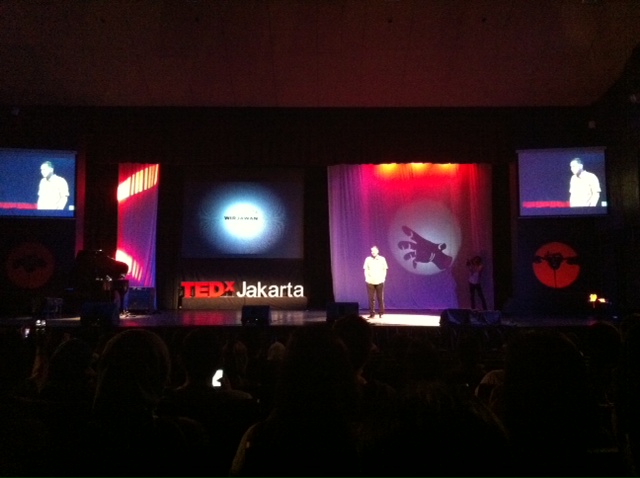 Put Indonesian in a room full of global citizen and we will shy away, getting more quiet, can’t speak our opinion, and all other things that indicated that either we can’t speak English properly (which usually not true, we speak on a very well articulated and good grammar English) or we have low self confidence (for many different reasons, mostly because we’re feeling inferior compared to other countries).

My entrepreneur friend who just back from Arizona on Goldman Sachs 10000 women initiative said, the girls from other countries had dominating conversations in their business class at ThunderBird School. They make comment on things the teachers said, stated their opinion. And Indonesian girls? They stay quiet. Is it the ‘I’m not good enough’ (as Indonesian) feeling? Well, now you should held your head up high because here’s why you should be proud to be an Indonesian:

Indonesia’s GDP now stands more than US$ 1 trillion Pak @GitaWirjawan said on @TEDxJakarta, make Indonesia to enter the Trillion Dollar club, an unofficial classification of the world’s major economies with a gross domestic product (nominal GDP) of more than USD 1 trillion per year. This make Indonesia be in the same club with giants like China, India and South Korea!

Where’s our SEA neighbors in the GDP rank? Our economy size is 3x bigger than Thailand and 4x bigger than Malaysia & Singapore. All these times we thought it’s Singapore, but turned out, they’re #4 in SEA but they can promote themselves better. And I think Singaporean is among the most confident people, it’s because they’re proud of their country.

Our demographic is excellent. We’re blessed with youth. At least half of Indonesian’s 240 million population is young people under 30 years old. Without youth, there’s no productivity, no creativity, no economic sizing. If we see more and more developed countries struggle to keep their population in balance, we have no problem at all :))

My friend Gabriel from Japan, who has visited 46 countries for business, said that Indonesian has the best warm personalities. The character is there. We’re not only fresh and young, also basically positive & lovable people, which is one of the most important qualities. As Gab said: “Places are all the same, you can always find beautiful scenery everywhere. Its the people that differ the countries. I like people in this country and I want to help to do more.”

Such powerful statement from a future investor. If only anyone do something about regulation to make it easier to build a company here *cough* because Gab is registering his company’s branch in Singapore.

Ok forget infrastructure for a while :))

So, if we have pride, choose hope over fear, unity of purpose over conflict, create qualities of decisiveness, high commitment to pursuit excellent, promote our country better, perfecting ideas, avoid mediocrity, then with the size of our Facebook users (43 million users) and Twitter users (6 million users), we surely can start to hold the future.

This post is inspired by Pak Gita Wirjawan speech at TEDxJakarta: Deceptive Truths. Thanks to my best girl @asil & TEDxJakarta team for the invitation to the inspiring event.