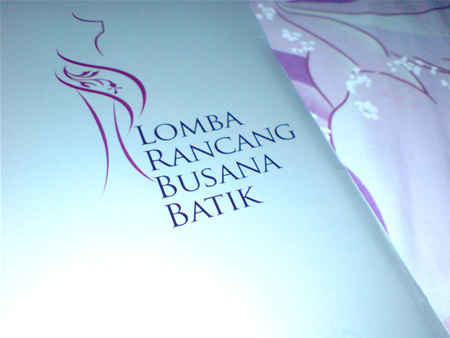 On Monday evening, I attended batik fashion show with the theme of Four Season held by Prodo Magazine in Hotel Mulia, Senayan. Mas Arif from Prodo Magazine, who once interviewed me for December issue of Prodo, invited me to come. I accepted it with all my heart because this is my first fashion show ever, I MUST come. And I know Angel would be as excited, and Mas Arif kindly giving me another ticket so I can come with Angel. Thanks a lot Mas Arif! If you’re confused, batik is Indonesian traditional fashion with unique patterns that has been used national-wide. Prodo Magazine has managed to held this huge event of batik designs competition (Lomba Rancang Busana Batik) and fashion show, combined with entertainment from Indonesian singers and dancers to help batik recognized globally. And I really appreciate the effort.

I came on time on the venue, Angel was nowhere to be seen. I prefer to hang out outside and wait for her first. I chose to wear batik skirt I bought in Yogyakarta, one of batik’s central production cities. And when she finally arrived, I saw her batik dress, that she basically only wrap the batik cloth around her body and lock it with a big black belt. I think it was creative way of wearing it if you don’t have enough time to tailored your batik 😀 We step inside and food was everywhere (also some celebrities). We ate dinner while listening to Sinden performing Javanese folk songs. In the room we can also see framed pictures of the finalists batik designs. They’re all look stunning. An hour later, we entered the grand ballroom. It was huge, full with beautiful crystal lamps all over the room. In the center of the room, there was a runway, the real runway, not that small path from your desk to office pantry! Me and Angel were very excited.

The show started with an announcement from Alberthiene Endah, the head of judges, about the winner of batik design competition. Me and Angel love ‘The New Royal’ by Jane, it’s so Sarah Jessica Parker kind of style. But turns out the first winner was ‘Ecology’ by Abdulrahman, which also great one. All about green will be BIG in 2008, I guess hehe. After the announcement, Reog Ponorogo, a traditional dance from Ponorogo, come out on stage. Their performance was damn good. View the sneak peek of Reog Ponorogo here.

When the models started walking on the stage, especially on Martha Tilaar products advertorial walk, me and Angel were nudging each other. The models were literally gliding thru the runway. They’re barely walking. They’re flying! 😀 As a big fan of America’s Next Top Model, I was so happy to finally see the legendary gliding myself hehe.The fashion show concept was four seasons, different season with different batik looks, and combining fashion show with music. Titi DJ, Hedi Yunus, Yuni Shara, Saski, RAN, Four Seasons and The Nunung Cs, sang their great songs as the models walk through the runway with their batik dress. From all of the performers, I love RAN & The Nunung Cs the most. Because, I didn’t know them at all at first and becoming a fan after two songs. They’re doing a good job. Listen to the hilarious song of ‘Abang Gorengan’ by The Nunung Cs.

My father texted me, “It’s late, go back home.” So, after the show finished and had successfully grabbing my ‘Es Puter’ – a delicious traditional ice cream, I walked and went back home with a very contented feeling. The only regret I had was the fact that I didn’t sit in the journalist side and taking pictures of the event instead of being a calm guest. 😀 Bravo Prodo Magazine, waiting for more of these kind of events to promote Indonesian cultures, because as you might have known, Indonesia Rocks! 😀

I left my laptop's charger in random places again 🙄 The second time in the last two months. That's concerning.