I came to Almaty, Kazakhstan, as a trainer at Tech Forum Central Asia 3, but the truth is, I’m the one learning so much from this trip.

First, I’ve learned that Almaty is one beautiful and unique city. The city has a magical background of the snow-capped mountains that reminds me of Narnia. I told my friends that nobody can ever be depressed in Almaty. When you feeling down, all you have to do is to held your head up, watch the mountains and you’ll be okay in no time. 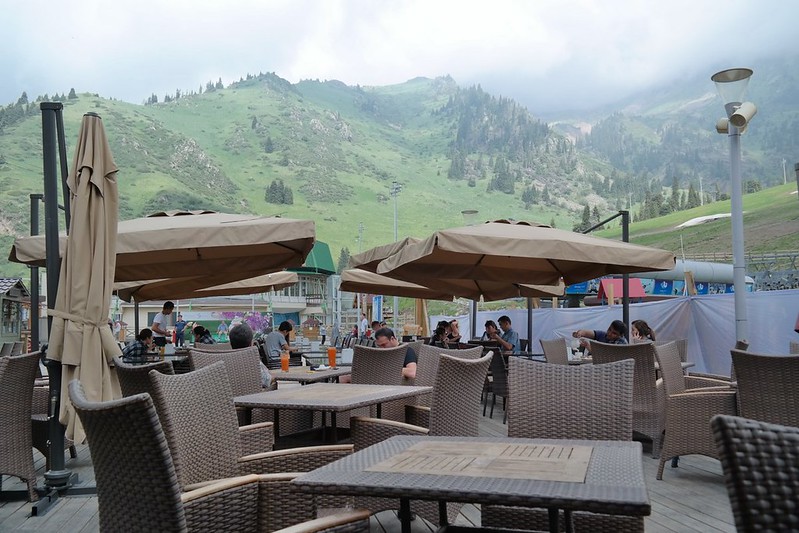 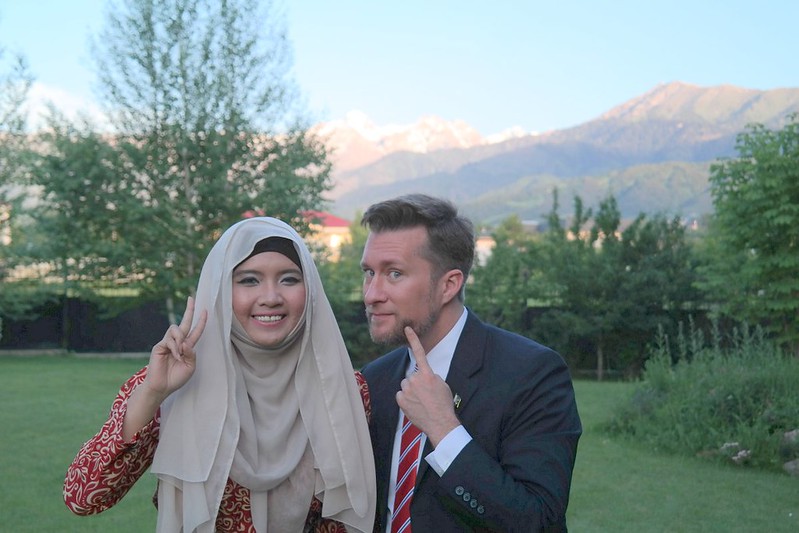 A mix of ethnic groups in Almaty also the reason why there are a lot of beautiful people with strong  cheekbones, fair skin, blonde hair, high nose (look European) but have small eyes (like Asian). It was a confusing experience for me. 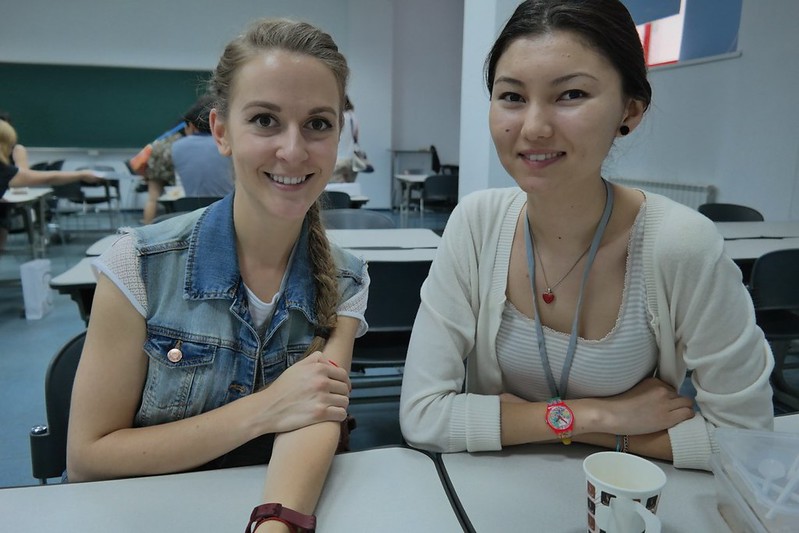 I’ve talked to some Tech Forum participants from Kazakhstan, Kyrgyzstan and Afghanistan. I think the boys from Afghanistan were the most active in class room and networking sessions. They asked a lot of questions, which I like, and I also asked a lot of questions to them. I taught about Blogging at the Tech Forum and they asked me what should they write in their blog. 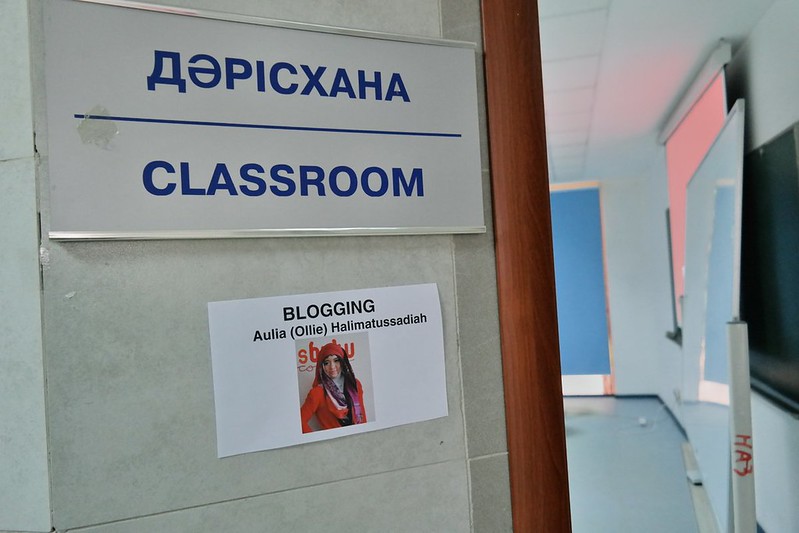 For me, it’s obvious that they should write about the latest situation in Afghanistan. The Afghanistan that I remember was the one that was on a war. They have moving on, with some explosions here and there, but they’re continue living their life. Afghans just had a general election and people are excited. It  is a very important moment for Afghanistan. And the Afghan boys should definitely blog about it. 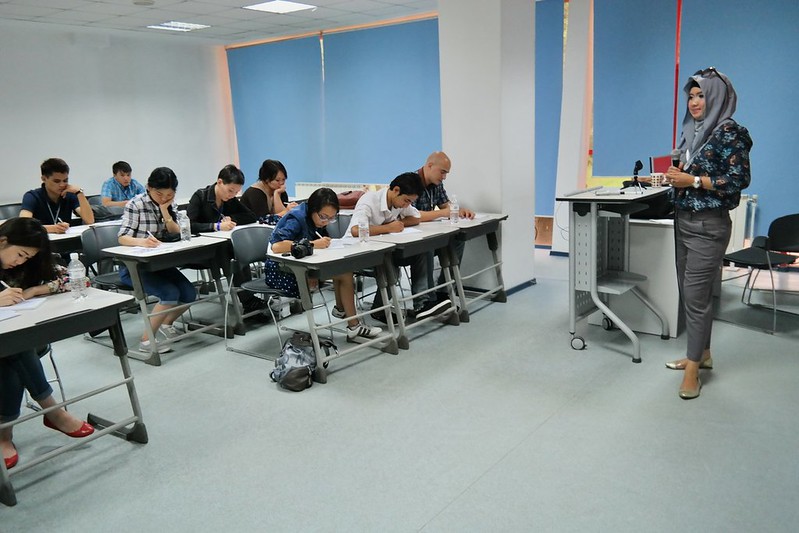 The main topic of this year’s Tech Forum is about Women & Tech. A subject that is very dear to my heart. I’m so happy to meet some girls in technology at the event. Both from trainers side and from the participants. I learned a lot from them. I learned about data analysis from Michelle Wu, about visual storytelling from the lovely Keri Goff of DoSomething.org, inspired to make more video content thanks to Benjamin Zand & Samantha Barry, and finally learned some security tips on creating effective passwords from my travel buddy Fariha Aktar 😀 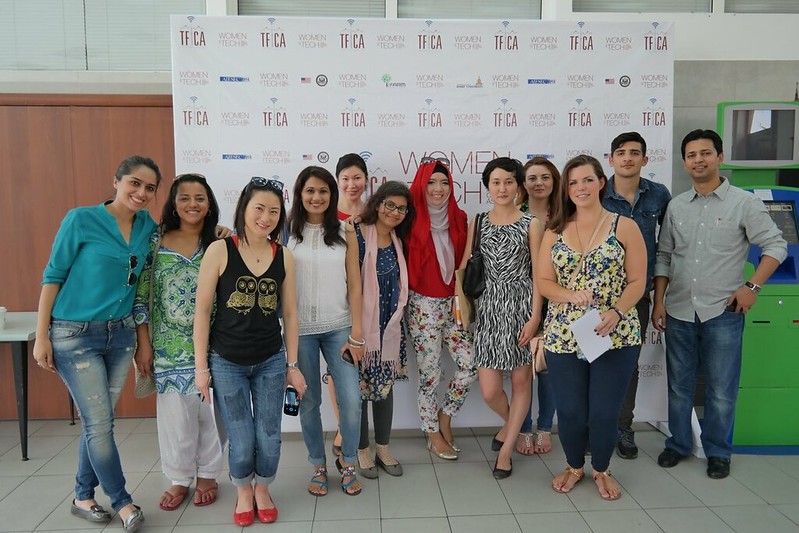 About women issues, South and Central Asia relatively have the same issues with SouthEast Asia. Only some differences like honor killings and forced marriage that is so unfortunate and still happening to this date. That’s why we were there at the conference, trying to figure out the problems, try to collaborate and to inspire each other on what type of technology we should use to solve the problems. 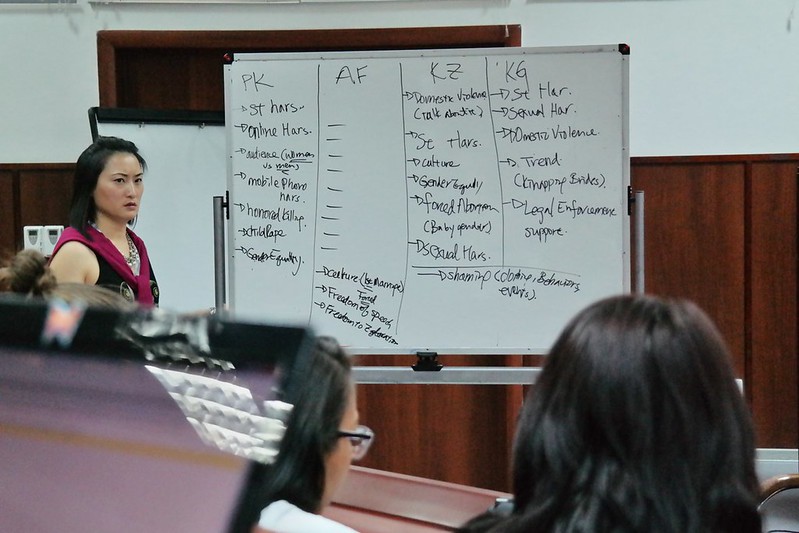 People in Almaty mostly speak in Russian, but I met Asqat, a guy who has concerns in preserving Kazakhs language while eager to have a solid understanding of English to get the balanced perspective about the world. Together with Ainura and Khadija, they run English and language classes for journalists. 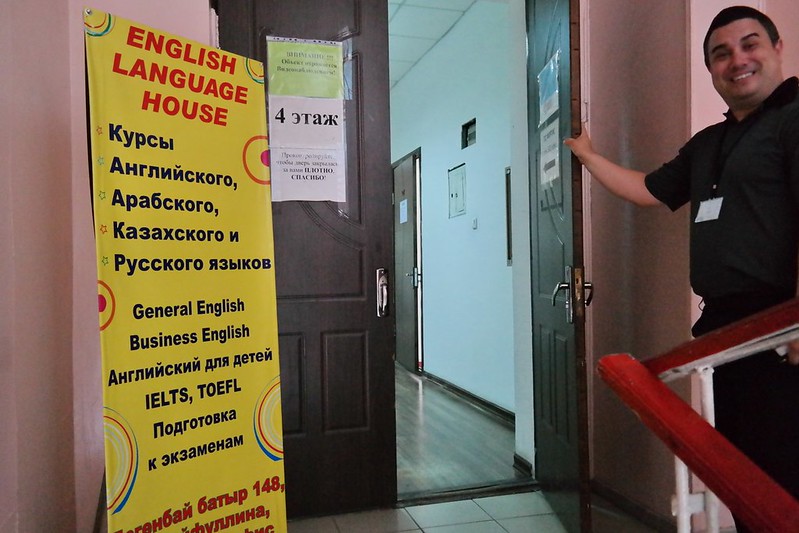 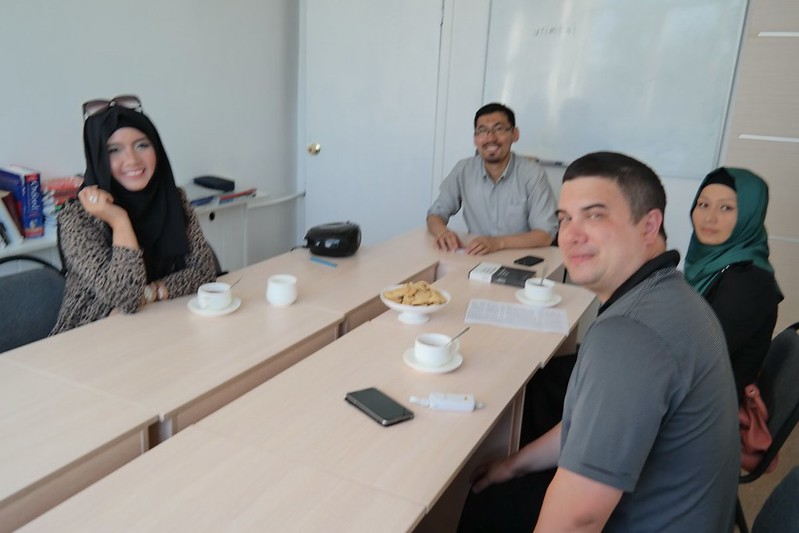 From them I get to know one brilliant Kazakhs Poet and Philosopher called ‘Abai’. The only English book I found in the bookstore! 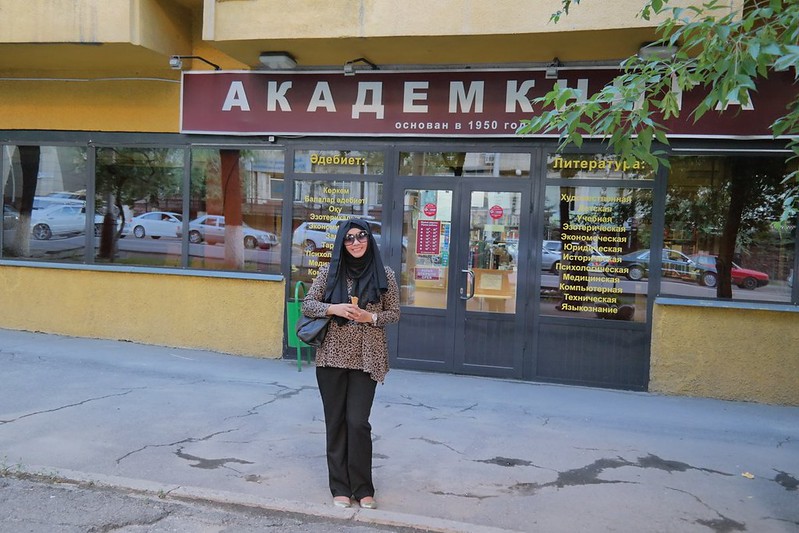 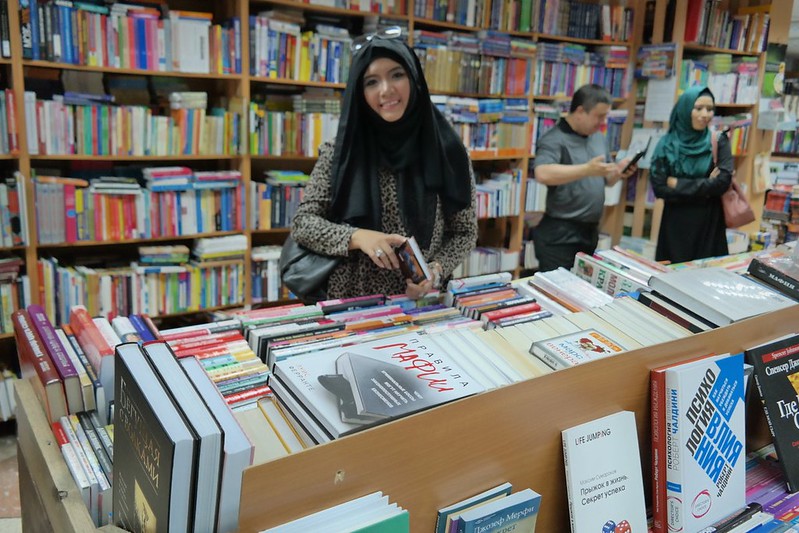 They were introduced to me by my friend Kevin. It was such a pleasant surprise to know that Kevin was in Almaty. I requested to visit some Mosques in Almaty and we went to Nur Mubarak Mosques & Almaty Central Mosque. 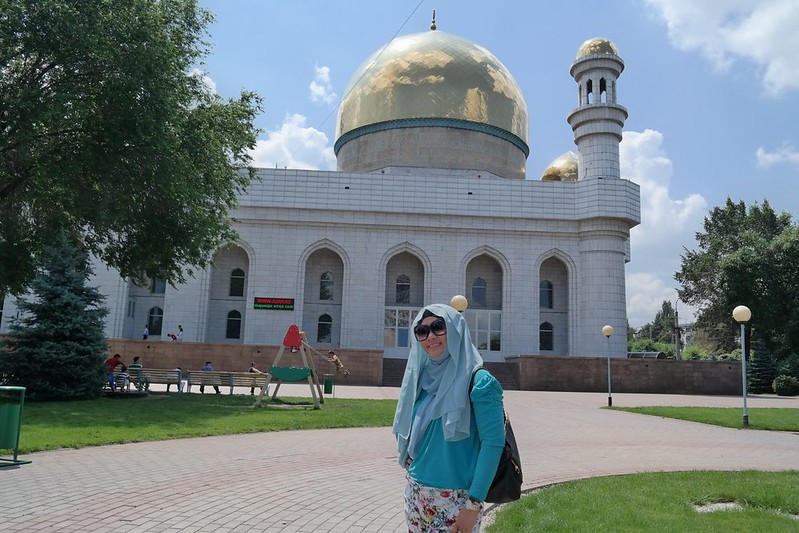 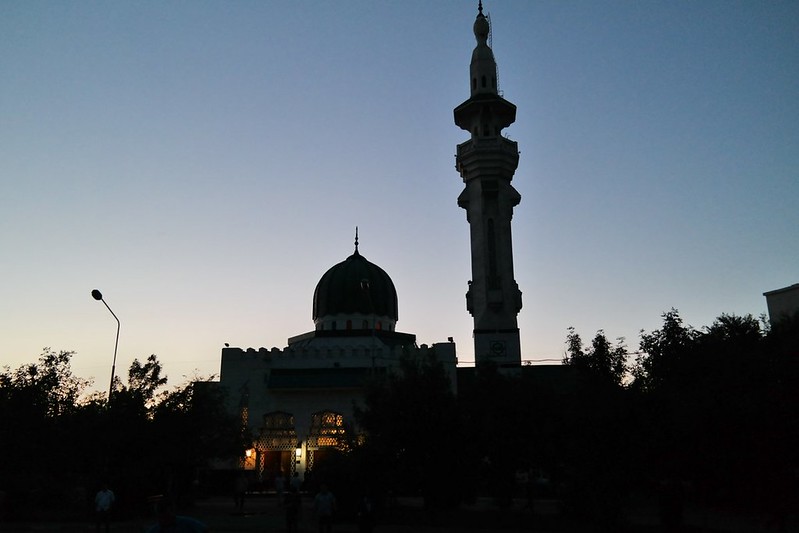 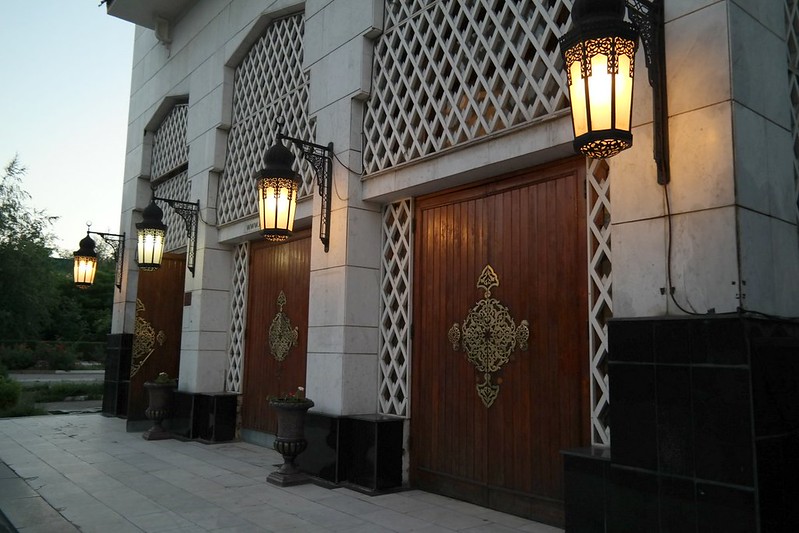 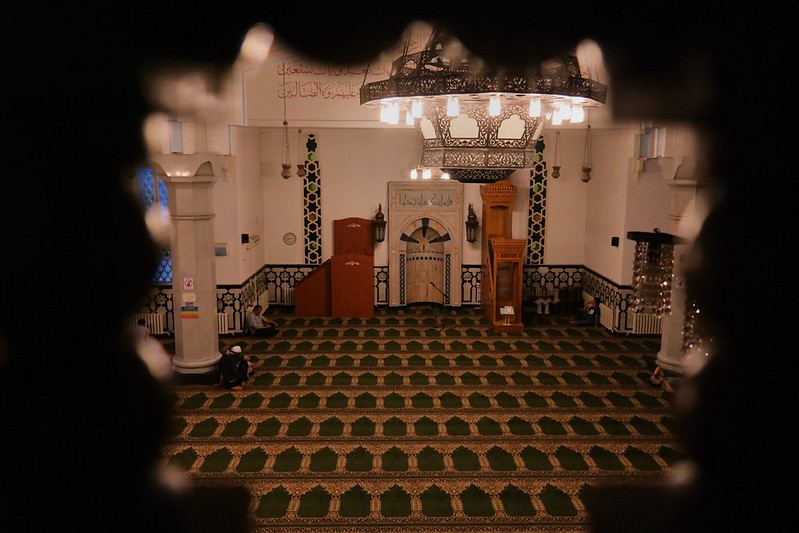 One thing that is so beautiful about Almaty is the big roses that effortlessly spread around the several parks inside the city. I just have to stop every 5 minutes to take picture! 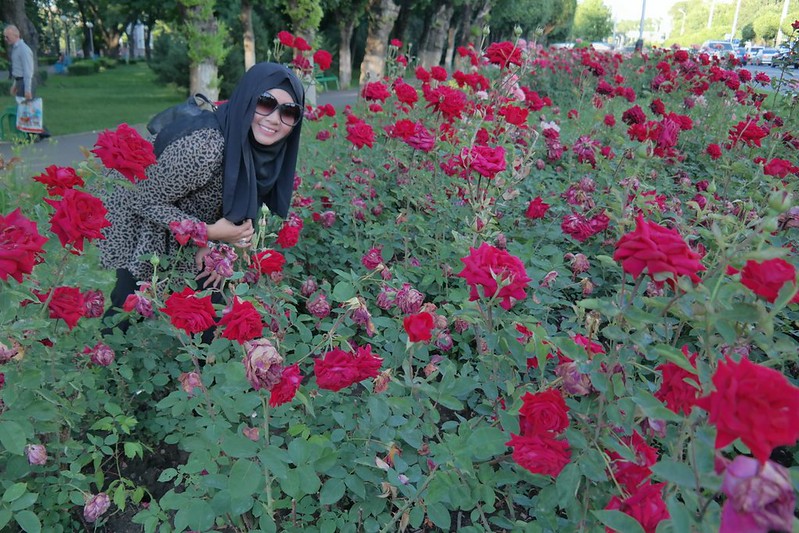 This is so funny because everytime we went to a restaurant, they usually didn’t have English menu and we can’t read Russian cyrillic. I’ve learned from Macon about Word Lens app. It can read to you in real time those curly words that you won’t normally recognized. It’s even can work offline! 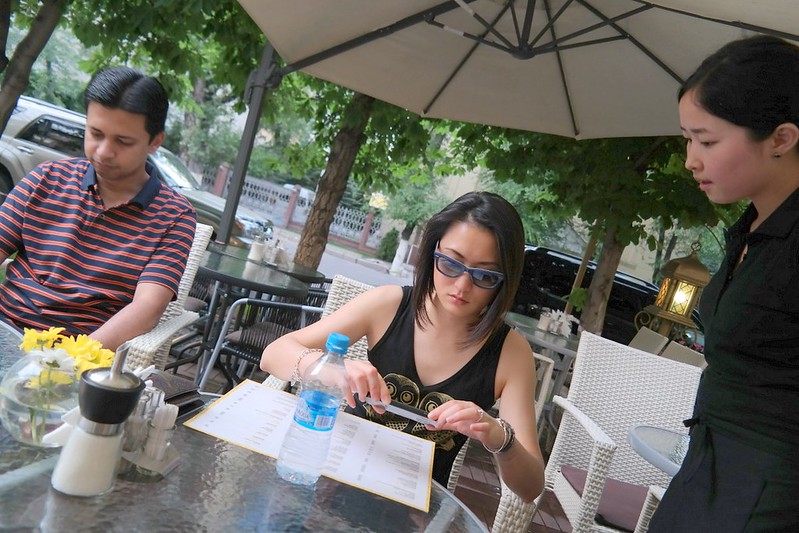 Talking about restaurants, the food was so GOOD at Alasha restaurant! They cook a lot of lamb, which my favorite! 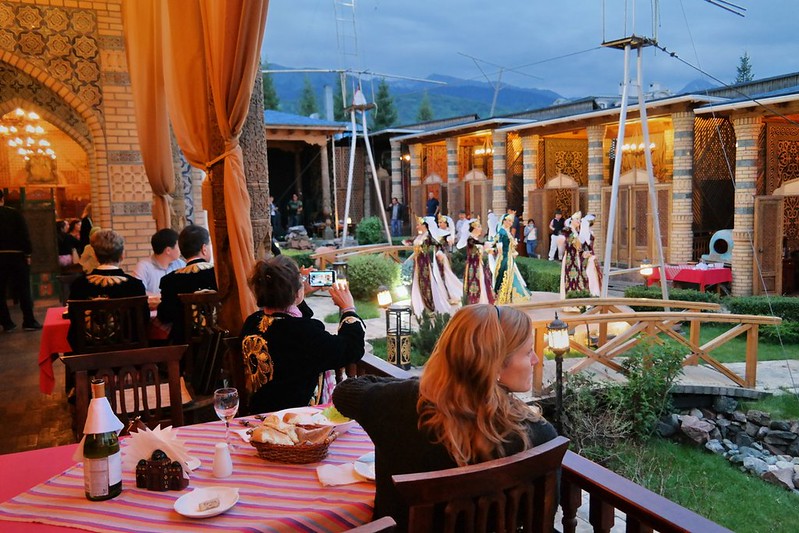 I’d like to thank Ong for recommending me to speak at Tech Forum and Tristram, Dinara & team from the US Consulate in Almaty that has trusted me and giving me this valuable opportunity. 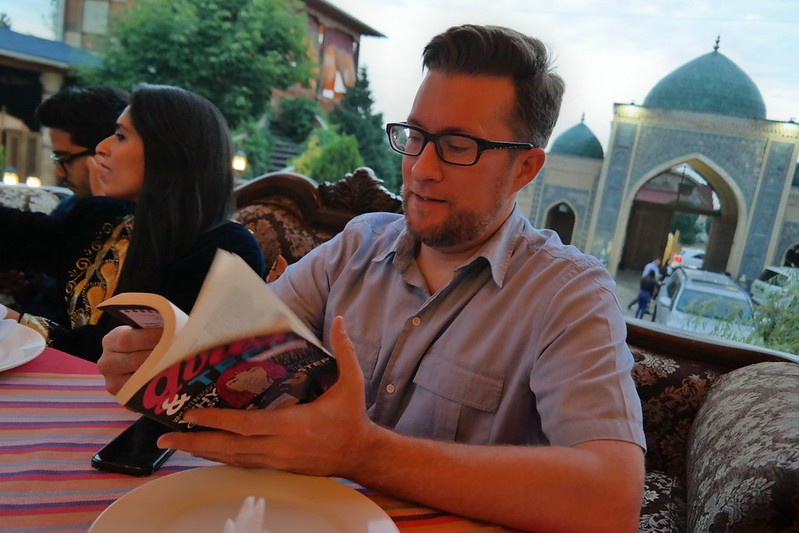 I celebrate my birthday in Almaty. Just felt so lucky to be able to spend the day in such a beautiful country that I thought I could never visit. This is truly a birthday gift from God. Alhamdulillah! The love and experience in Almaty will surely stick with me forever! 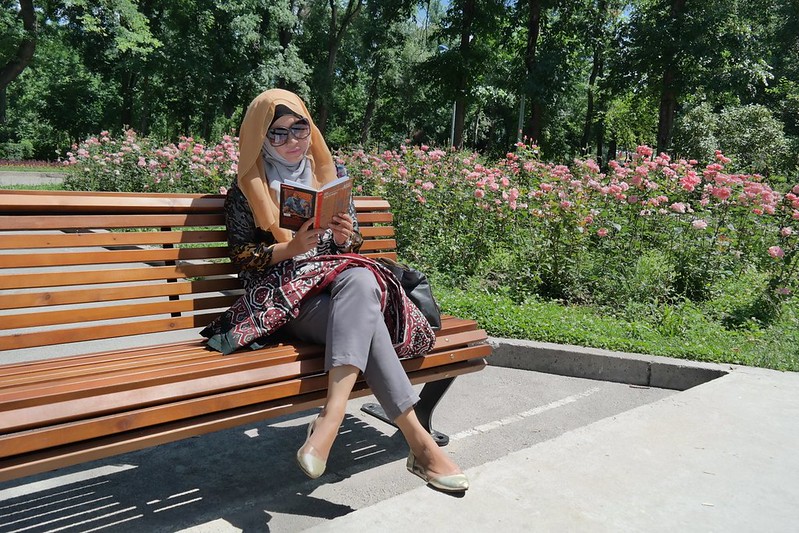